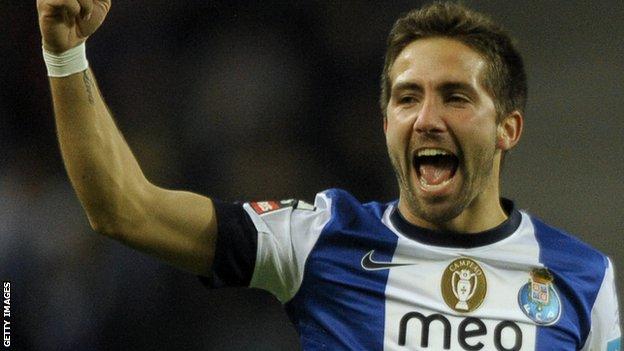 Portuguese champions Porto revealed on their website Monaco have paid £38.5m for Rodriguez and £21.5m for Moutinho.

The two players are expected to be presented to the media at the club's return for pre-season training.

Moutinho was reported to have been close to a move to Tottenham Hotspur on deadline day last summer, and was said to have been targeted by Andre Villas-Boas again this summer.

He has played 55 times for Portugal and joined Porto, who secured their third consecutive league title on Sunday, from Sporting Lisbon in July 2010. Rodriguez has won 12 caps for Colombia.

Rodriguez has played 12 times for Colombia and won the Portuguese Golden Ball in 2012, an annual award given by newspaper A Bola to the player who is adjudged to have been the best of the year in the Primeira Liga.

Monaco, who were bought last season by Russian oligarch Dmitry Rybolovlev, were promoted to Ligue 1 this season, and are managed by former Chelsea manager Claudio Ranieri.