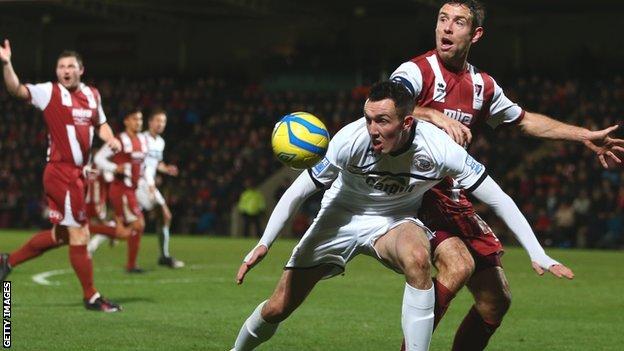 The 21-year-old, who is out of contract with the Bulls, was their 19-goal top scorer this season - and the Minstermen will now be required to pay a fee for him because he is under 23.

"He's a good footballer and there's a lot of potential there."

"He's committed to the club and he's looking forward to working with us already," added Worthington.

"Things have got to be sorted out with the two clubs and that is ongoing.

"We want to try and aim for some stability and to do that you have to trust players and work with them. You have to give them a chance to get settled."