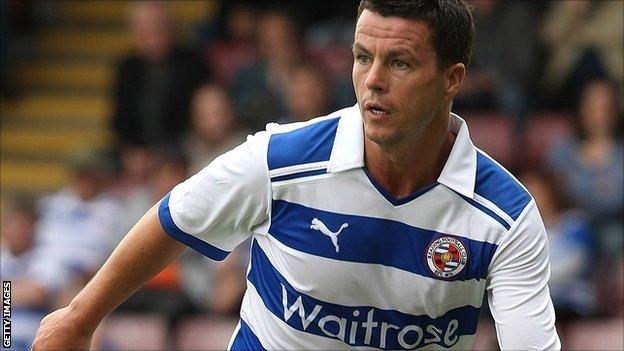 Relegated Reading have announced that Noel Hunt, Ian Harte, Nicky Shorey, Simon Church and Jay Tabb have not been offered new deals at the club.

"Every one of those five players will be fondly remembered for their professionalism, diligence and service," said a Reading statement.

Pearce is out of contract and the club have not been able to agree a deal with the central defender.

"We have been speaking to him with regards to his contract throughout the season," said director of football Nick Hammond

"Unfortunately, up until this point we have not managed to find a deal which is mutually acceptable to both parties. I am keen however, now the season has finished, to have a further conversation with Alex and his representatives to understand his thoughts and give him the club's final position."

Forward Hunt, 30, has been at Reading since 2008 making more than 150 appearances and scoring 39 goals. Veteran defender Harte, 35, joined Reading in August 2010 and was a key member of the Championship-winning side last season.

Shorey, 32, rejoined Reading last summer from West Brom having spent seven years at the Royals between 2001 and 2008. Forward Church, 24, started his career as a trainee at Reading but has spent the past five years on loan at Crewe, Yeovil, Wycombe, Leyton Orient and Huddersfield.

Midfielder Tabb, 29, joined Reading in 2009 but spent the second half of last season at Ipswich, who said last month they would be keen to sign him permanently.

Meanwhile, out-of-contract defender Joseph Mills has been at Burnley on a season-long loan, and under the terms of last summer's agreement with the Clarets he has triggered an automatic transfer to Turf Moor.

Reading were relegated back to the Championship after just one season in the Premier League.