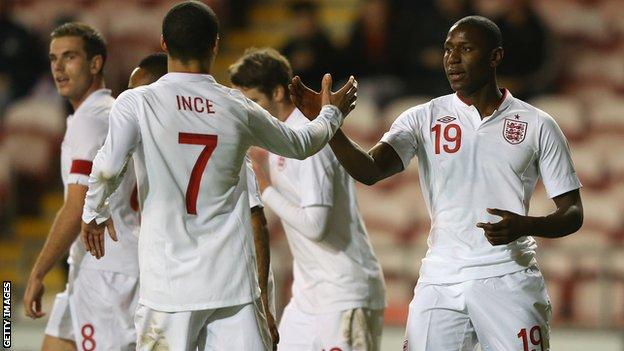 England begin the 2013 European Under-21 Championship against Italy in Tel Aviv on 5 June - and you can follow their progress on the BBC.

Stuart Pearce's team are among the tournament favourites and head for Israel on a nine-match winning run without conceding.

The Netherlands, Spain, Russia and Germany contest Group B.

England overcame Serbia 2-0 on aggregate in a play-off back in October to qualify for the finals, the second leg marred by ugly scenes.

In addition, there will be previews, live text commentary and reports of both semi-finals, which take place on 15 June, and the final, which is scheduled for 18 June in Jerusalem.