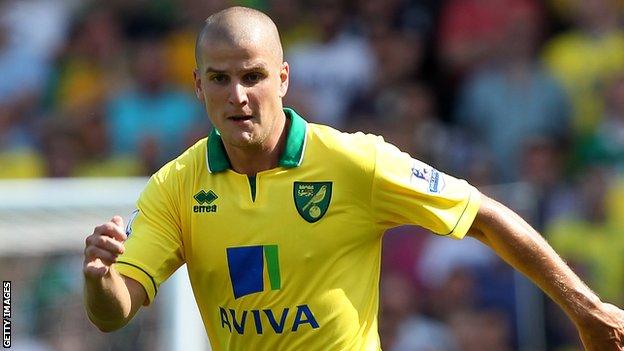 Bolton Wanderers have agreed a deal to sign full-back Marc Tierney when his contract at Norwich City expires.

Tierney is the first summer signing to be confirmed by Dougie Freedman's Wanderers, who narrowly missed out on a Championship play-off spot in 2012-13.

The 27-year-old helped the Canaries to promotion shortly after joining the club in 2011, but his first-team chances became increasingly limited.

Only one of his six appearances last season came in the Premier League.

Tierney, who had spells with Oldham, Carlisle, Shrewsbury and Colchester, was one of 10 players to be told they

Bolton are also while earlier this month.