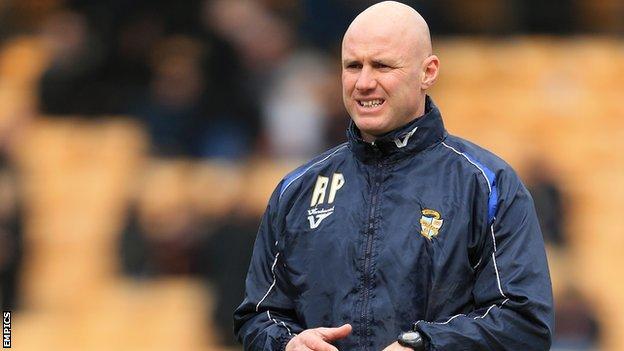 Port Vale coach Robert Page is in contention for the vacant manager's position at Sheffield United.

BBC Radio Sheffield reports that Page, 38, is one of two candidates still being considered for the job.

Earlier this week Motherwell boss Stuart McCall decided against moving to the League One club after talks.

The Blades, who lost to Yeovil in the play-offs, have been without a manager since Danny Wilson left the club in April.

The former Wales international, who has been on the coaching staff at the Valiants since July 2011, also played for Watford, Cardiff, Coventry, Huddersfield and Chesterfield.