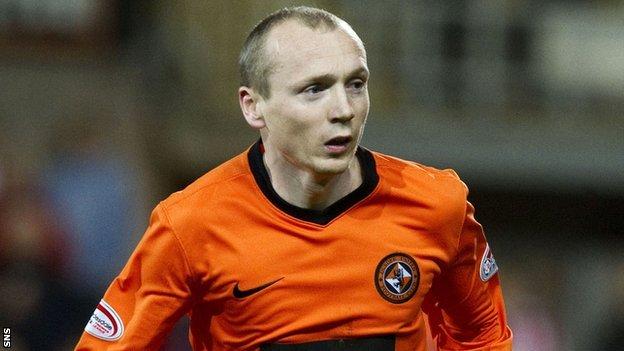 Midfielder Willo Flood has signed a pre-contract agreement to join Aberdeen when his Dundee United deal expires this summer.

The 28-year-old has been with United for the past two seasons and previously had loan spells at Tannadice and a short stay at Celtic.

"He's a player I am looking to make a real impact for Aberdeen next season."

The length of Flood's contract at Pittodrie is still to be confirmed.

The Republic of Ireland Under-21 international first joined United on loan from Cardiff City in 2007 and returned for a second spell the following year.

He joined Celtic from Cardiff in early 2009 and then moved on to Middlesbrough a year later before returning to Tannadice for the 2011-12 season.

"With his extensive SPL experience, he was voted player of the year for Dundee United last season which speaks volumes about his ability," added McInnes.

"We are delighted to have him on board as we look towards building a squad capable of bringing success back to this club."