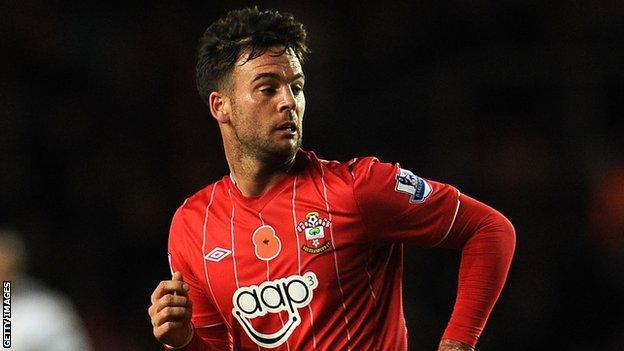 Scotland left-backs Danny Fox and Lee Wallace have both been forced out of the World Cup qualifying match against Croatia on 7 June.

had already been added to the squad in anticipation of the pair being unavailable for Friday's game in Zagreb.

It takes the number of players to have withdrawn from the squad to six.

Gary Caldwell, were all earlier ruled out through injury.

Whoever gets it, I'm sure will wear the armband with pride

The absence of Caldwell and Brown, two men who have captained the Scots in the absence of illness-struck Darren Fletcher, also leaves manager Gordon Strachan with a dilemma over who should wear the skipper's armband.

There are a lack of experienced campaigners in the remaining squad and coach Stuart McCall revealed: "The decision hasn't been made who will play in the team on Friday, never mind who will captain it.

"The gaffer will make the decision and there are one or two candidates. We've had a lot of captains go out.

"Darren Fletcher, Brown, Kenny Miller, Caldwell - they have all captained the side in the last 18 months.

"Whoever gets it, I'm sure will wear the armband with pride."

The absence from the original squad of Celtic's Charlie Mulgrew with a knee injury had already limited Strachan's choices at left-back.

Steven Whittaker, primarily a right-back but who has often played on the left, is the prime candidate to start in Zagreb despite an injury-hit end to the season that restricted the 28-year-old to one appearance for Norwich City since April.

Whittaker's club-mate, Russell Martin, is another candidate to moved from the right to left-back after a fine finish to the season with the Canaries.

Barry Bannan was added to the squad as midfield cover after Scotland captain Brown, his Celtic team-mate Forrest and Brighton's Bridcutt were ruled out.

However, Bannan is unlikely to be pushing for a start as he has not played since March after falling out of favour with Aston Villa manager Paul Lambert.

was passed fit to travel with the squad despite a calf injury picked up ahead of Hibernian's Scottish Cup final defeat by Celtic last month.