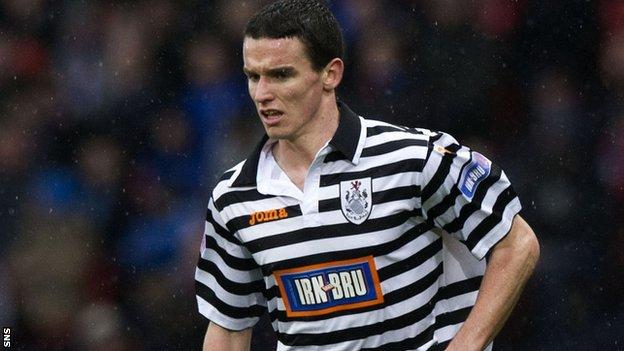 Paul McGinn has joined Dumbarton on a permanent basis after the 22-year-old defender rejected an offer to remain with St Mirren.

McGinn, , ended the season on loan to the Sons.

Dumbarton manager Ian Murray said: "To have persuaded Paul to join us is a massive boost as he's a quality player.

"Having turned down the chance of staying with St Mirren, we moved quickly."

He returned to the Third Division outfit on loan and then made the step up to Division One with the Sons.

Now he has signed a one-year contract with Murray's club.