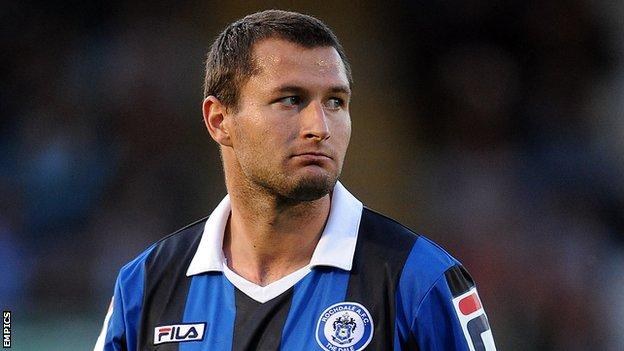 Defender Phil Edwards will leave Rochdale at the end of his current contract after rejecting the offer of a new deal with the League Two club.

Edwards, 27, played 52 times for Dale after initially joining on loan in March 2012 and then later that year.

But Keith Hill's Dale have been boosted by the news that Andrew Tutte has agreed to extend his stay at Spotland.

Ian Henderson, Joe Rafferty, Michael Rose and Steve Collis have all committed their respective futures to Rochdale in recent weeks.