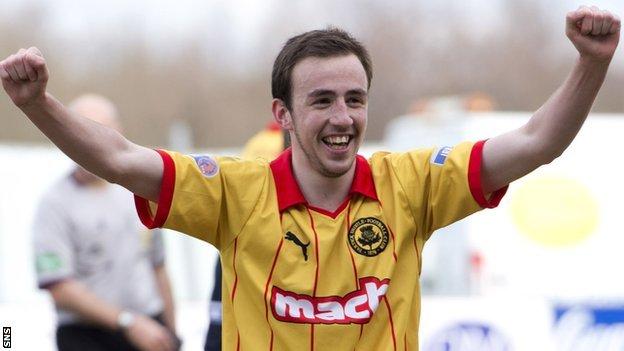 Midfielder Stuart Bannigan has become the latest member of Partick Thistle's title-winning squad to sign a new contract at Firhill.

The 20-year-old has agreed a two-year deal as manager Alan Archibald prepares for the Scottish Premier League.

Bannigan, who has come through the Firhill youth ranks, made 39 appearances last season, scoring four goals for the Glasgow club.

He has also made two appearances for Scotland Under-21s.

Thistle have also signed former Scotland goalkeeper Paul Gallacher, who is leaving Ross County, and striker John Baird, who was also in the SPL this season with Dundee.

The Glasgow outfit are returning to the top flight for the first time in nine years.