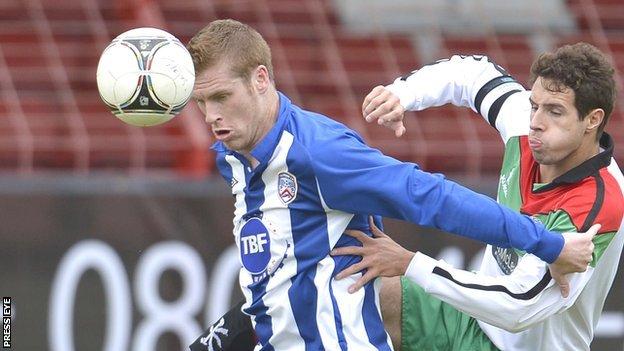 Darren Boyce is set to leave Coleraine after the club placed the forward on the transfer list.

The 27-year-old, who is in his third spell at the Showgrounds, returned to the Bannsiders last summer after a season with Glentoran.

"It is probably best for both parties that Darren moves on," Coleriane boss Oran Kearney told the club website.

"As things stand, he won't be part of the first team squad for next season, nor will he be given a squad number."

Boyce score five goals in 25 appearances for the Bannsiders in the last campaign.

The news comes a week after Coleraine signed striker Gary Browne, who was released by Linfield at the end of the season.

Browne, who failed to secure a regular starting place at Windsor after his 2011 move from Lisburn Distillery, signed a two-year contract.