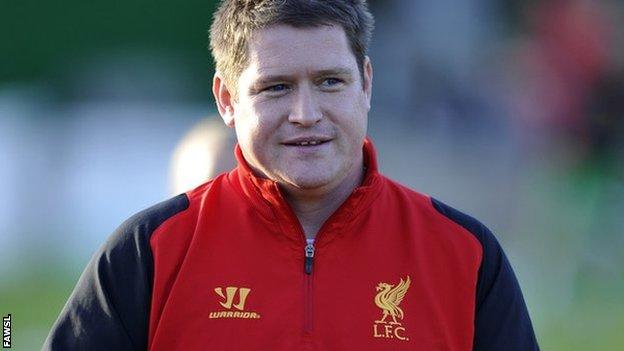 The current Women's Super League fixture schedule may be responsible for injuries to top players, according to Liverpool Ladies manager Matt Beard.

A two-month break, which begins after this weekend's games, was designed to assist England's preparations for July's European Championships.

But Beard feels the early-season fixture congestion has not helped.

"It's not looking after the health of the players, especially going into the Euros," he told BBC Radio Merseyside.

"Look at all the England players that are injured. Casey Stoney [Lincoln Ladies] and Rachel Yankey [Arsenal] have been out, and Fara Williams [Liverpool] has had a slight tweak of her hamstring," Beard said.

"There are a lot of players that are injured because of the quick succession of the games [early in the season].

"It's one of the frustrating things of the league. We seem to play games in quick succession and then we have weeks on end that we're not playing."

Liverpool, who are for the first time this season, moved three points clear at the top of the WSL table with a on Tuesday.

Their final game before the summer break is against Birmingham City on Saturday.