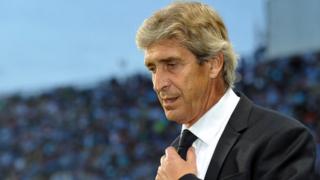 Manuel Pellegrini has been confirmed as the new manager of Manchester City, after signing a three-year deal with the club.

The former Malaga boss replaces Roberto Mancini, who was sacked by the club after three-and-a-half years.

After managing a number of clubs in South America, Pellegrini moved to La Liga taking jobs at Villarreal, Real Madrid and Malaga.