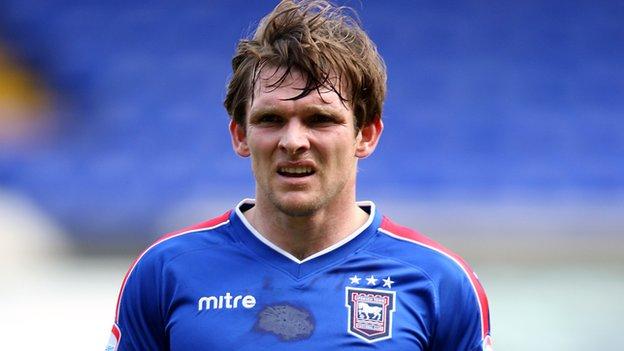 Ipswich Town are to sign midfielder Jay Tabb on a two-year deal following his release by Reading.

The 29-year-old finished the season on loan at Portman Road, playing nine times and scoring once.

The deal will be completed when his Royals contract expires on 1 July.

"I really enjoyed my time at Ipswich and I'm delighted to sign permanently," he told the club website. "I'm pleased to get things sorted and I can't wait to get going again."

Tabb appeared 105 times for the Royals, including 12 games in the Premier League last season, after joining them from Coventry in 2009.