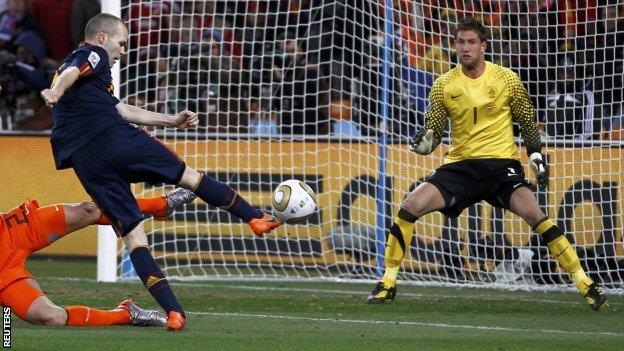 Fulham have signed Netherlands goalkeeper Maarten Stekelenburg from AS Roma for an undisclosed fee.

The 30-year-old, who has agreed a four-year deal, spent 11 seasons at Dutch giants Ajax, helping them to two league titles before moving to the Serie A club in 2011.

"I'm happy to be joining Fulham and to have everything sorted out so early in the summer," he told the club website.

"I can focus on preparations for playing in the league next season."

Stekelenburg, who has won 54 caps and played in the 2010 World Cup final, worked with Fulham boss Martin Jol when he managed Ajax during the 2009-10 campaign.

"It's good that I'll be joining Martin again, he knows my capabilities very well," added the keeper.

"I am looking forward to joining up with the team in pre-season and enjoying some time with them prior to the new season starting."

Jol added: "He is a player of great quality and technical ability whose distribution and ability to react quickly and read the game is exceptional.

"He will be a fantastic addition to the talented team of 'keepers that we already have."