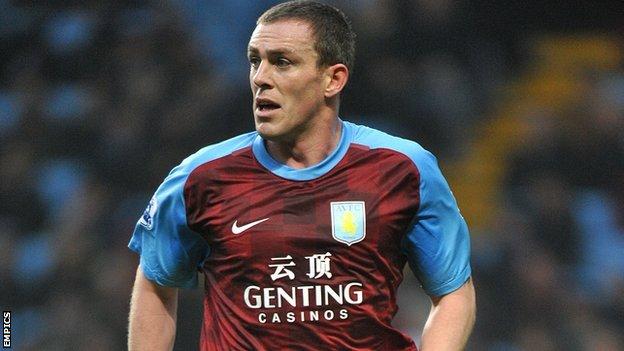 Republic of Ireland international defender Richard Dunne is one of three players to be released by Aston Villa.

The 33-year-old made 111 appearances for Villa after joining from Manchester City for £5m in September 2009.

Makoun, 30, after a loan spell and Dawkins, 25, returns to parent club Tottenham.

Dunne ended a year out with a persistent groin injury by playing the final 25 minutes of Republic of Ireland's 4-0 friendly win over Georgia in Dublin on Sunday, winning his 77th cap.

Cameroon international Makoun, who joined Villa from Lyon for £6m in 2011, returned to France when he signed for Rennes on loan in August 2012.

Dawkins made just four appearances for Villa as a substitute after arriving from Spurs on loan in January, while American Lichaj played 23 times for Paul Lambert's side this season.