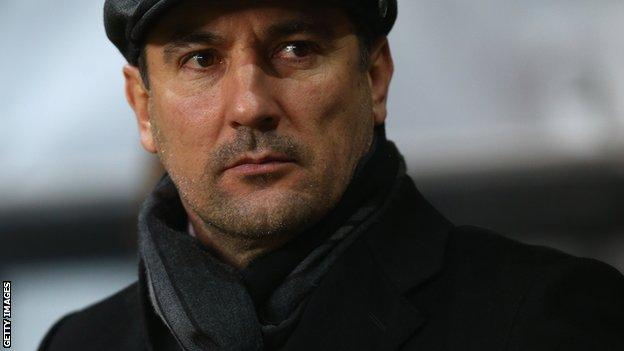 Croatia coach Igor Stimac insists he will not allow Scotland to leave Zagreb with any points.

Gordon Strachan's side are still looking for their first win in their World Cup qualifying campaign ahead of Friday's qualifier.

They take on a Croatian side joint-top of the group and battling Belgium for the automatic qualification place.

"The Scotland team is a dangerous one. I will not allow you to take points from here," said Stimac.

Croatia will be without Real Madrid midfielder Luka Modric, but Stimac says Niko Kranjcar will not replace him.

That could open the door for 16-year-old sensation Alen Halilovic of Dynamo Zagreb, whom the coach said "might start".

Despite being ranked fourth in the world Stimac says he won't be taking Scotland lightly.

"There are no easy games. This is a serious game," he said.

However, Stimac says he still expects a "difficult" game against a depleted Scotland side.

With the three previous meetings between the sides ending in draws, Stimac is warning against complacency.

"It's difficult to play Scotland," he said. "We have never beaten Scotland. Tradition is not on our side. We have to break it."