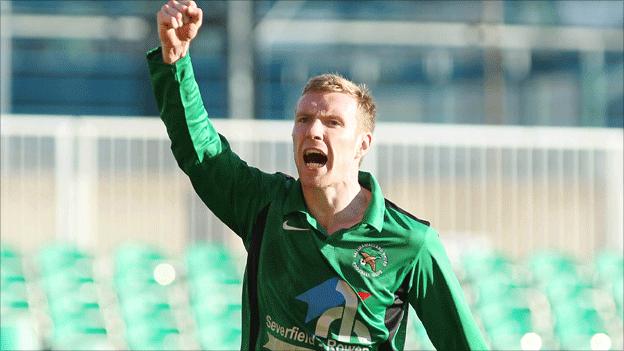 Curran, 22, had an impressive season in Ballinamallard's first campaign in the Irish Premiership.

He previously spent a spell at Manchester United and was part of the same youth team at Old Trafford as Cliftonville goalkeeper Conor Devlin.

Curran told Cliftonville's website said that leaving the Fermanagh club was "one of the hardest things I've ever had to do".

"It's a club that's going places and I loved being a part of it down there but once I got the call to say that Tommy Breslin was interested in bringing me to Cliftonville, I knew I had to make the move," added Curran.

Reds boss Breslin believes Curran will "blend in well with our style".

"Ballinamallard had a good year and Chris was integral to a lot of the good things they did," added Breslin.

"I believe he will add to what we already have here and, as someone who isn't afraid to take a man on, is someone who I think the fans will enjoy watching."