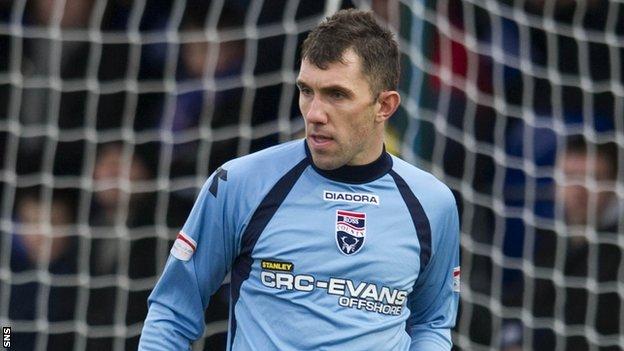 The 32-year-old, who counts both Rangers and Celtic among his former clubs, joined County in August 2012.

"Mark is recovering well from injury and will start pre-season training with the rest of the squad on Thursday 27 June," said County manager Derek Adams.

Brown began his career at Rangers before a move to Motherwell which ended with his release as the club entered administration.

He then made his name at Inverness, making 170 league appearances, before joining Celtic, where he was back-up to Artur Boruc.

After a loan spell at Kilmarnock Brown joined Hibernian in January 2010, with his last game for the club the defeat by Hearts in the 2012 Scottish Cup final.