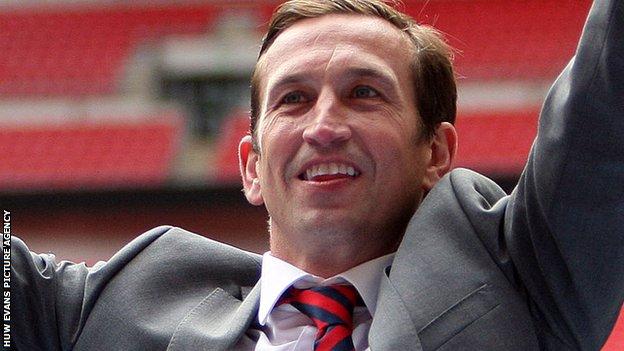 Manager Justin Edinburgh says he hopes to add more players to his Newport County squad as they prepare for the new season in League Two.

Edinburgh has added striker Chris Zebroski and midfielder Adam Chapman to his squad and says he has not completed his recruitment.

"There's more players to come, I don't know how many," Edinburgh said.

Zebroski and Chapman were the Exiles' first signings since securing promotion to the Football League.

"We're certainly in the final stages of negotiations with another player that hopefully next week we'll be able to announce and maybe one or two more to follow after that.

"It's about making the right acquisitions to an already fantastic squad."

Zebroski has joined Newport on a free transfer having scored six goals in 24 appearances for League Two side Cheltenham Town last season.

Chapman, who played five times for Newport on loan in the 2011-12 season, recently helped Mansfield Town to the Conference title while on loan from Oxford United.

In addition Edinburgh has secured the majority of last season's promotion-winning squad on new contracts.