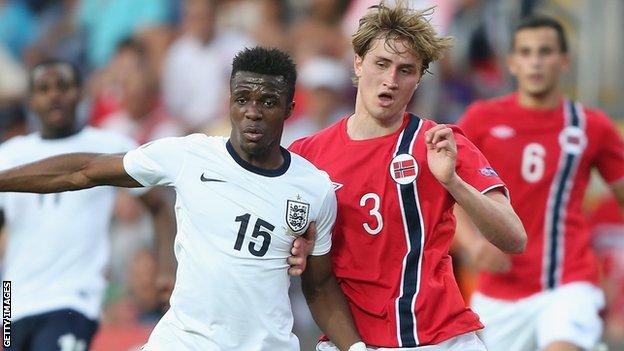 Thomas Rogne helped but admits he is likely to leave Celtic this summer.

The 22-year-old defender and no subsequent agreement has been reached.

"I still have a month left on my contract, so I haven't left yet, but it seems that way," he said after

"I am not sure about interest from Britain."

I am just here to enjoy these Euros, play with my friends and then we will see what will happens afterwards

Rogne joined Celtic in January 2010 from Stabaek, but his time with the Scottish champions has been hampered by a series of injuries.

The player, who has two senior caps, made only 19 club appearances this season, his last being in a .

"I've got no idea, my focus is on Norway and that is all I am thinking about," he said when asked about his future at club level.

"I am just here to enjoy these Euros, play with my friends and then we will see what will happens afterwards."

Norway's win over England ensured that Stuart Pearce's side could not qualify from Group A of the tournament in Israel.