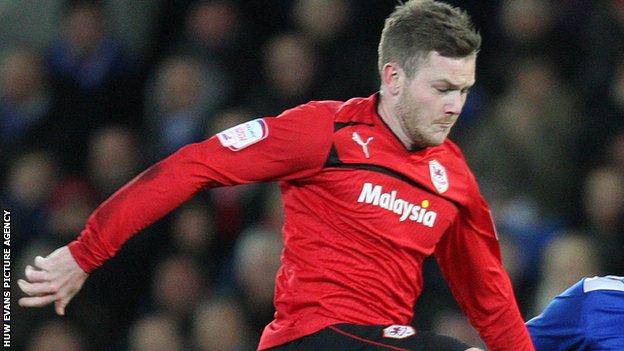 Midfielder Aron Gunnarson is being assessed by Cardiff City after he was injured playing for Iceland.

Gunnarsson suffered a suspected dislocated shoulder during his country's 4-2 defeat by Slovenia.

The newly-promoted Premier League club are hoping he will be fit in time for the start of the new season in August.

"We will give Aron the best possible support to enable a swift return to action," said Head of Performance Richard Collinge.

"Aron is currently undergoing a series of tests and investigations to determine the extent of his shoulder injury, from which we will be able to implement a management and recovery schedule."

The player had an x-ray on the injury following the game in Reykjavik on Friday, 7 June, but is now back in the Welsh capital.