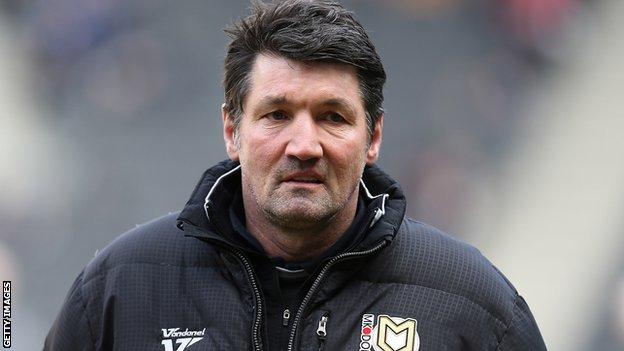 MK Dons have confirmed the departure of assistant manager Mick Harford after 13 months in the role.

It is understood that former Wycombe Wanderers, Aldershot and QPR boss Gary Waddock is in the running to replace Harford, but the deal is not finalised.

Last season was the first time the Dons failed to reach the League One play-offs in their three years under Robinson.

but the 32-year-old decided to remain in charge following discussions with his agent.