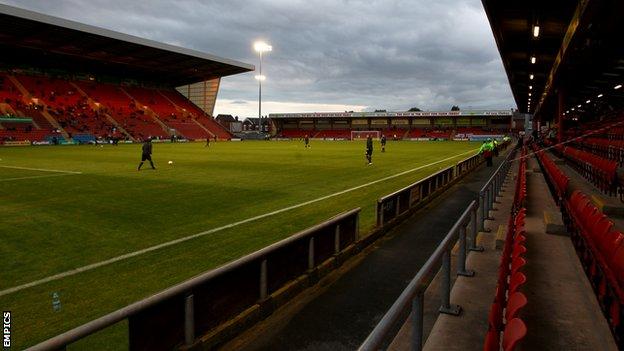 The 21-year-old, who has agreed a two-year deal at Gresty Road, is boss Steve Davis's first signing of the summer.

"The manager said they've had their eye on me and were interested in taking me on, so I leapt at the opportunity," Oliver told BBC Radio Stoke.

Oliver began his career with hometown club Sheffield Wednesday, but failed to appear for the Owls' first team.

He left for Sincil Bank last summer, going on to score 13 goals in 41 appearances for the Imps last season.

He signed off in style, in what has now proved to be his final game for the club in April, netting a hat-trick in Lincoln's final day 5-1 demolition of Hyde.