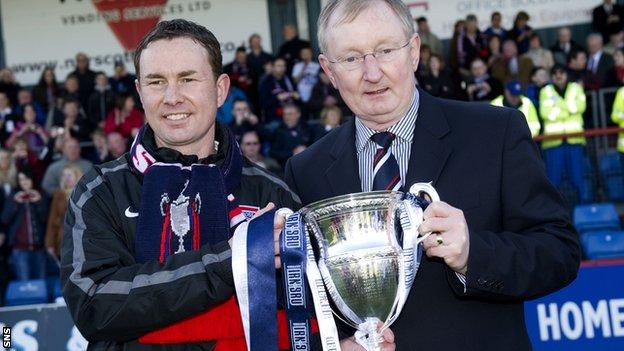 Ross County have lined up a pre-season friendly with a Manchester United XI thanks to director of football George Adams's links with Sir Alex Ferguson.

The match on 20 July will also be the first outing on newly laid turf at Victoria Park.

Adams worked with now-retired United boss Ferguson at Aberdeen as head of youth.

And Adams was Ferguson's first signing in management when he moved from Alloa to East Stirlingshire in 1974.

"It's a real coup for us to be able to bring a team from Old Trafford up to Dingwall," said County chairman Roy MacGregor.

"At a time when I think all football fans are missing their regular fix of match-day action this is really something that gets the blood pumping in anticipation of the coming season.

"It really speaks to the fan in me - the idea of seeing County take on a team from Manchester United would have seemed like pure fantasy a few years ago."

The Staggies finished their first season in the Scottish Premier League in fifth position.