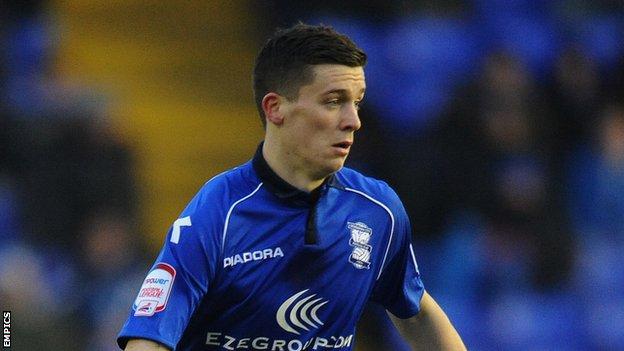 Birmingham City prospect Callum Reilly has agreed a new deal which will keep him at St Andrew's until 2015.

The 19-year-old had a one-year option activated in his contract earlier this year, and has now added an extra extension to the deal.

The midfielder made his debut against Sheffield United in January 2012.

And last season Republic of Ireland Under-21 international Reilly made 19 appearances for the club he has been with since the age of seven.