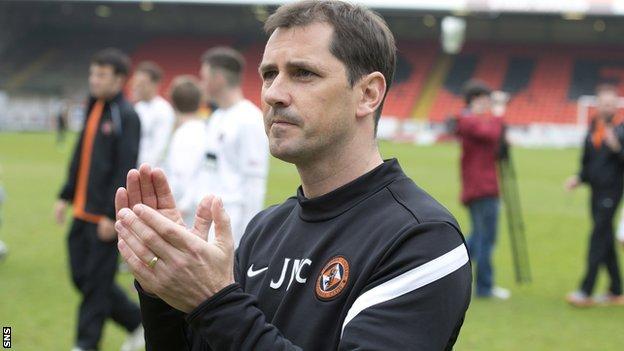 Partick Thistle have agreed financial compensation with Dundee United for the loss of their management team to the Tannadice club in January.

United had for the departure of manager Jackie McNamara and assistant Simon Donnelly.

Thistle had wanted a single payment instead of two instalments.

But the two clubs have now announced on their websites that "a full and final settlement has been agreed".

"All parties were keen to resolve the situation amicably, without the need for arbitration, and all are pleased that the matter is now closed," they added.

United had claimed that their legal advice was that the Glasgow club were not due any compensation.

McNamara, meanwhile, had publicly for their subsequent promotion.

Thistle, , won the Division One title under successor Alan Archibald.

They will be in opposition to United, who finished sixth this season, in the Scottish Premier League next term.