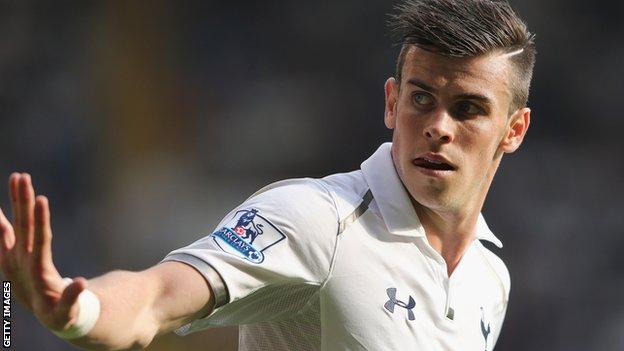 Bale's agent told Spanish television in May the Wales international would listen to an offer from Madrid.

The club are reported to be considering an £85m move for the 23-year-old.

"Bale would fit perfectly, we could really use him. He is the type of player who will help us take a step forward," Croatian Modric told Marca.

"He would give the team another dimension. His shot, his strength, his speed, his offensive power."

PFA and Football Writers' Player of the Year Bale, who scored 26 goals last season, is under contract at White Hart Lane until 2016 and the London club want to extend his deal.

But, with Manchester United and Real Madrid linked with the former Southampton player, Modric wants him to move to Spain.

"It is a complicated issue for me because I was with Tottenham," he said.

"I can tell you we're friends and he is an exceptional player. I guarantee it.

"And whether the club is Real Madrid, Tottenham or another, they can only win if they sign a player like that.