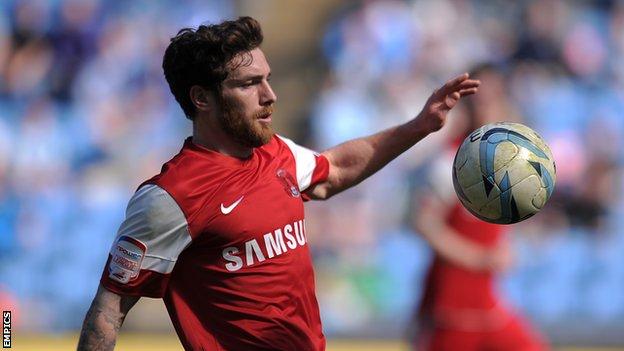 Leyton Orient midfielder Romain Vincelot has signed a new three-year deal with the League One club.

The 27-year-old joined the O's in February following his release by Brighton and went on to make 15 appearances for them.

The Frenchman told the club website: "I was thinking about next season and the choice of my heart was always Orient.

"We have a terrific group of lads and there's a great atmosphere, so the team spirit is excellent."

He added: "I feel very at home at Orient.

"I wanted to commit long term to the club as I feel with this group of players we can be ambitious and it could be a good project."

Orient manager Russell Slade said Vincelot "will prove to be a top signing" for the east London outfit.

"Securing the services of Romain is massive for us," Slade declared.

"He was very impressive when he came into the side later on during last season.

"Though we will predominantly see him as a midfielder, he also showed his versatility when he filled in at centre-back for the last few games.

"He's a great athlete too and gives us plenty of energy."