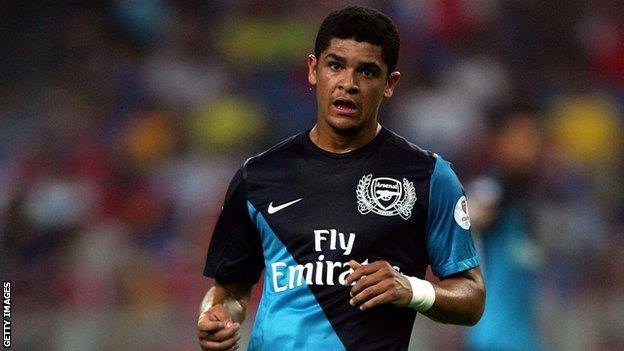 Former Arsenal midfielder Denilson has returned to Sao Paulo on a permanent deal, the Brazilian club have confirmed.

The 25-year-old was released by the Gunners earlier this month along with Andrey Arshavin and Sebastien Squillaci.

He spent the last two seasons on loan at Sao Paulo and has signed a four-and-a-half-year deal until December 2017.

He joined Arsenal from Sao Paulo in 2006 and played 108 games for them.

The Brazilian side announced the deal on their official website, saying the Brazilian had turned down offers from Gremio, Cruzeiro and Santos to join them.