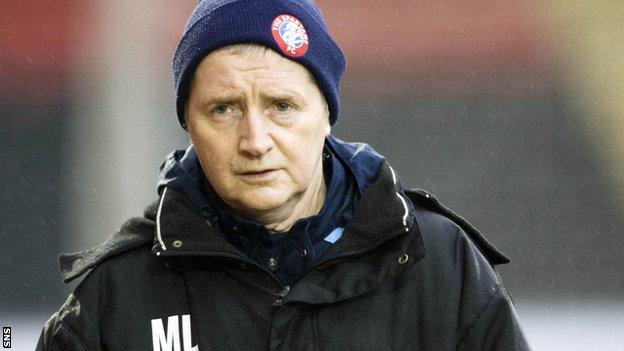 The new Scottish Lowland Football League will kick off next season with 12 teams.

They will be joined by Selkirk, Gala Fairydean, Edinburgh City, University of Stirling and Vale of Leithen.

The division will provide a pathway for promotion to the senior ranks, along with the Highland League.

Twenty-seven clubs from the East of Scotland and South of Scotland Leagues, as well as members of the Scottish Junior Football Association, had expressed interest in joining before 17 formal applications were submitted.

And a project steering group, made up of the Scottish FA executive, licensing committee and club representatives, made their selections based on clubs' ability to meet SFA club licensing criteria.

Spartans, Threave Rovers and Preston Athletic are currently licensed member clubs, and the remaining nine, who have detailed plans in place, must comply by May 2015.

Play-offs between the Highland League, Lowland League and what is currently Division Three will be in place from the end of season 2014/15.

Scottish FA chief executive Stewart Regan said: "This is an exciting opportunity for all 12 clubs, and another step forward for league reconstruction in Scotland.

"It's important that ambitious clubs are given opportunities to progress.