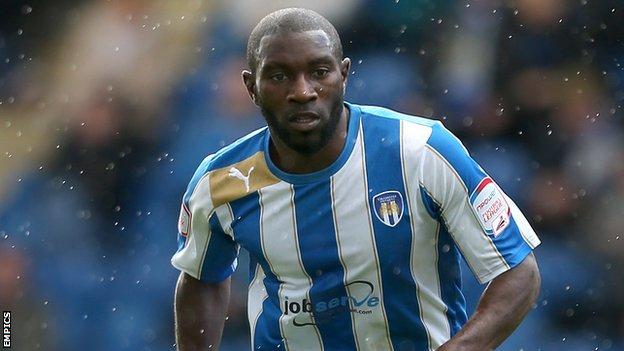 Striker Jabo Ibehre has signed a new two-year contract with League One side Colchester United.

The 30-year-old joined the U's from MK Dons in January following a loan spell and made 31 starts for the club last season, scoring eight times.

"I'm absolutely delighted to be signed up for another two years, and after last season, I'm looking forward to good times here."

"I can't wait to crack on with the new season," he told the club website.

Ibehre was one of Colchester manager Joe Dunne's first signings when he joined on loan for three months last September.

He then returned to the club in January on a short-term deal and helped the U's avoid relegation.