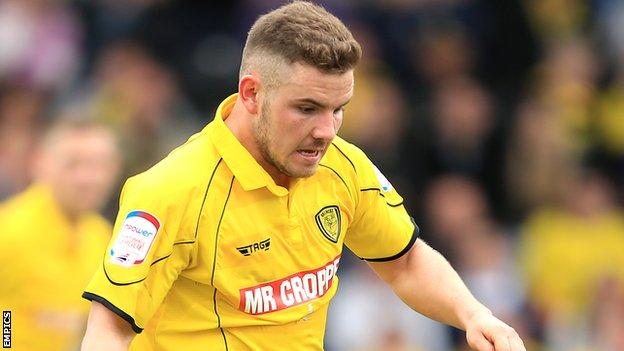 Midfielder MacDonald, 23, played 17 times for the Brewers last campaign on loan from Burnley as they missed out on League Two promotion via the play-offs.

He has now joined Burton on a two-year deal after his release by the Clarets.

Ex-Burnley trainee Knowles has been awarded with a permanent contract having spent the final months of last term at Burton, after 10 goals in 14 appearances for Harrogate Town.

Meanwhile, Reed, who was released by the Black Cats this summer having failed to appear for their first-team, has previous Football League experience, playing 42 times during loan spells at five clubs, including Portsmouth and York.

"I'm delighted to be bringing in three young, enthusiastic and talented individuals who all want to be a part of Burton Albion," Brewers boss Gary Rowett told the club website.