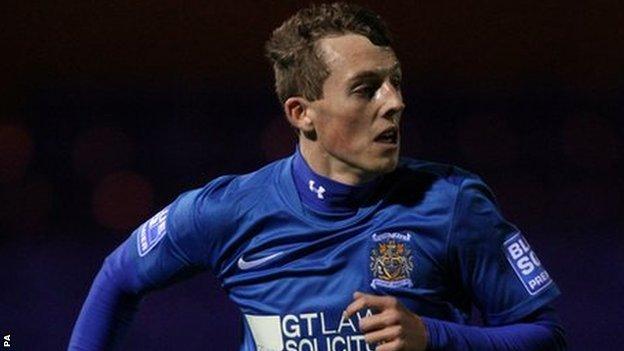 West Ham have signed Danny Whitehead from Conference North side Stockport County after he was recommended by Dietmar Hamann.

Allardyce told the West Ham website: "He was recommend by Didi Hamann - who managed Stockport.

"I asked their current manager and he allowed us to take a look at him."

He added: "He's very capable of handling the ball and he's able to create with his passing.

"Danny is very slight, which we'll work on, but the question is can we create that potential into a Premier League player?

Whitehead, who has signed for an undisclosed fee, will be the Hammers' fourth signing this summer following the arrivals of Razvan Rat, Adrian and Andy Carroll.