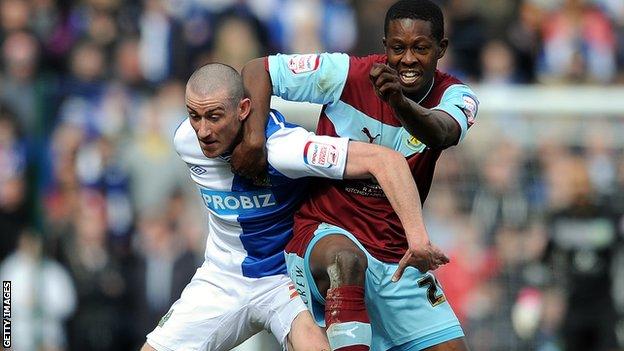 David Jones and Scott Arfield featured for Burnley as the Clarets rounded off their short tour of Ireland with a 3-0 friendly win at Cork City.

Midfielders Jones, 28, and Arfield, 24, are training with Sean Dyche's side after being released by Wigan and Huddersfield respectively.

Arfield scored Burnley's second goal, while Jones appeared for the final 15 minutes as a substitute.

"We want good people. There were good signs of that tonight," said Dyche.

The Clarets boss told the club website: "We try and do our business and keep it under the radar, which is not always easy.

"He (Jones) is with us for a bit, he's enjoying it and he's looked fit and well.

"Scott made some good forceful runs out of midfield, especially when he went more central, and he's fitted in with the group well as well."