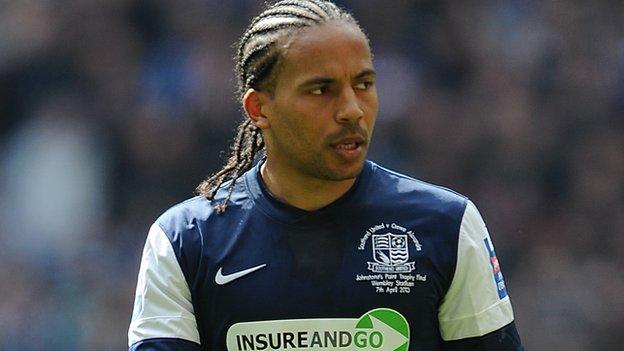 Shrewsbury Town have made their third defensive signing of the summer by bringing in Tamika Mkandawire, following his release by Millwall.

The Malawi-born centre-half again links up with Town boss Graham Turner, under whom he spent four years at Hereford.

Mkandawire, 30, who began his career with West Bromwich Albion, has since spent three years at both Leyton Orient and Millwall.

Town have also signed up Connor Goldson and Jon Taylor on new contracts.

Of the five players from whom Turner was expecting answers on contract offers at the end of last season, centre-half Goldson and midfielder Taylor have followed the lead of striker Tom Bradshaw and midfielder Aaron Wildig, who have both since penned one-year deals.

Turner is still waiting to hear back from defender Jermaine Grandison, who is recovering from a double hip operation.

The Shrewsbury manager has a long-term injury concern over another of last term's first-choice back four, Darren Jones, who has also undergone surgery, a factor which has played a part in Town's three summer signings to date all having been defenders - Alex McQuade (Bolton Wanderers),Dave Winfield (Wycombe Wanderers) and now Mkandawire.

"The move had been in the mix for a little while," said Mkandawire. "There was a lot for me to contemplate, moving from London, but it's the right decision for me and my wife and we've got a child on the way.

"It's good to team up with Graham Turner, Tony Ford and John Trewick again. Graham knows me very well and I obviously know how he works.

"That's a massive pull for me to come and play for him again and hopefully we can be as successful as we were the last time."