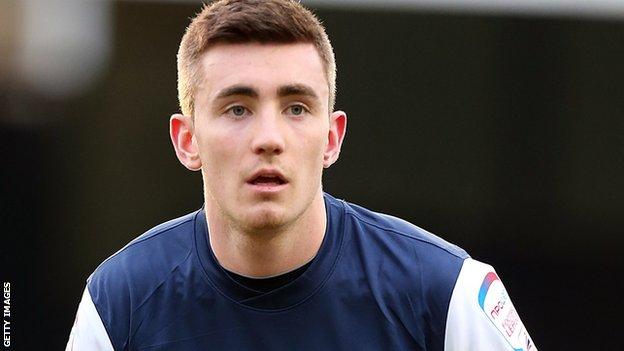 Rochdale have signed midfielder Matthew Lund on a two-year deal following his release by Stoke City.

The 22-year-old joined Stoke after progressing through the Crewe youth system but failed to make a first-team appearance for the Potters.

The Northern Ireland U21 international has had loan spells at Hereford, Oldham, Bristol Rovers and Southend.

Lund is the third summer signing at Spotland with Ashley Eastham and Olly Lancashire already tied down.

The signing of Lund could mean the end of Jason Kennedy's time at Rochdale with the midfielder stalling on his new contract.

"Jason knows I'm in a position where I'm looking to recruit a central midfielder this week and if I do then the situation with Jason will have evolved and taken care of itself," manager Keith Hill told the club website.