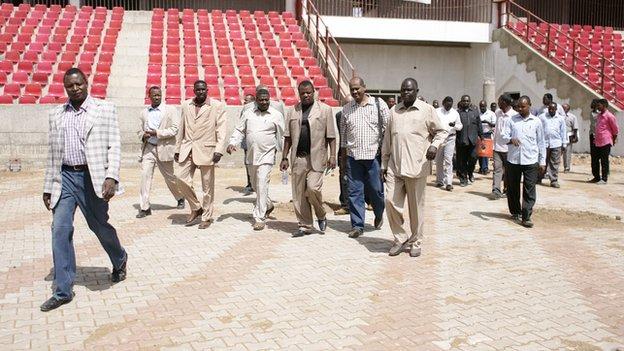 The Cecafa Club Championship got underway in Darfur and South Kordofan this week, with organisers citing no major security concerns, despite fears over participating teams' safety in the troubled region.

The organisers denied reports that there had been a shooting and rebel advancement in South Kordofan, one of the states hosting the tournament - also known as the Kagame Club Championship.

Tanzanian side Simba pulled out of the east and central African regional competition earlier this month, city security fears. The decision followed questions over security in the troubled region being raised by Tanzania's foreign minister Bernard Membe.

But Nicholas Musonye, Cecafa's secretary general, said that the teams that withdrew should look at the current security situation and claimed it showed that their insistence that Darfur was safe to host the tournament was vindicated.

On the field, three-time Cecafa Club Cup winners APR of Rwanda and Vital'O of Burundi were the first teams to progress to the quarter-finals on Friday.

Both teams were held to 1-1 draws - APR by El Merreikh El Fasher and ten-man Vital'O by Somalia's Elman - but they qualified with four points each and face each other on Sunday.

Two of the other quarter-final berths will be taken up by the winners of the ties between Uganda's Express FC and Rayon Sport and Electric Sports of Chad and Ports of Djibouti, with both matches taking place in Darfur.

The tournament is partly sponsored by Rwanda President Paul Kagame and is due to conclude on 1 July in Darfur. The winning team will win $30,000 in prize money, while the runners up take will claim $20,000, with $10,000 set aside for the third-placed team.