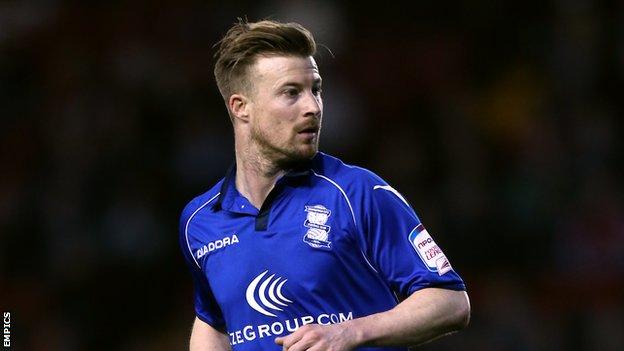 The 34-year-old has found the net 14 times in his 87 appearances for Blues since joining the club from Championship rivals Burnley in 2011.

Elliott's new deal means that Jonathan Spector is the only out-of-contract player yet to agree new terms.

"He (Elliott) was a really important member of the team last season," Blues boss Lee Clark told the club website.

"He is fantastic example to the younger players and I really wanted him to be part of this season, so it's great to have him back."