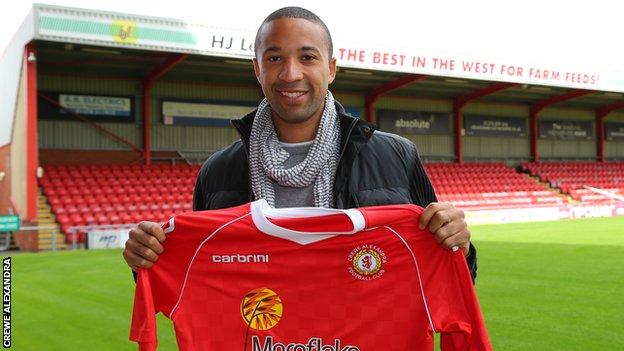 The 26-year old right-back, who played 20 times for the Silkmen last term, has joined the League One side on a two-year deal, with the option of a third.

The 6ft 2in Frenchman came through the youth ranks at Auxerre, and has also spent time in italy with Pisa.

He is Crewe's second summer acquisition from the Conference Premier, following Vadaine Oliver's move from Lincoln.