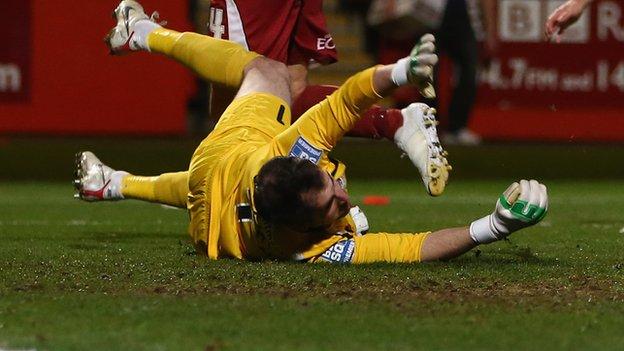 Hereford United have been forced to look for a new keeper following the departure of last season's first choice James Bittner.

The Bulls have signed youngster Daniel Lloyd-Weston but are also expected to sign a more experienced keeper before the new season kicks off on 17 August.

Lloyd-Weston, 21, has signed a one-year deal with Martin Foyle's men.

After starting his career at Port Vale, Manchester-born Lloyd-Weston spent a spell on loan with Nantwich Town before joining Cheltenham Town on a one-year deal in the summer of 2010.

He then moved to Greek club AEL Kalloni before spending last season with Leek Town and Market Drayton Town.