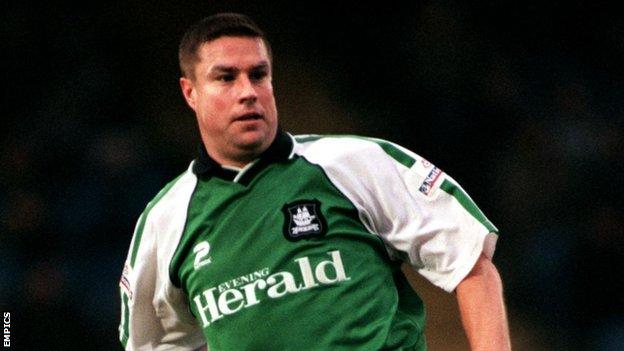 The former Bradford and Oldham striker, who also scored 48 goals in 176 appearances for the Pilgrims, returns to Home Park for a third time.

"I am very pleased to get my backroom staff sorted out," said Sheridan.

He added: "We are now well set up to be able to get the best out of the players."

Meanwhile, Sheridan has recruited his brother Darren, who played in the Premier League for Barnsley, as chief scout.

The club have also made John Harbin, who has worked with numerous clubs including Oldham Athletic, Crystal Palace and Queens Park Rangers, their new fitness coach.