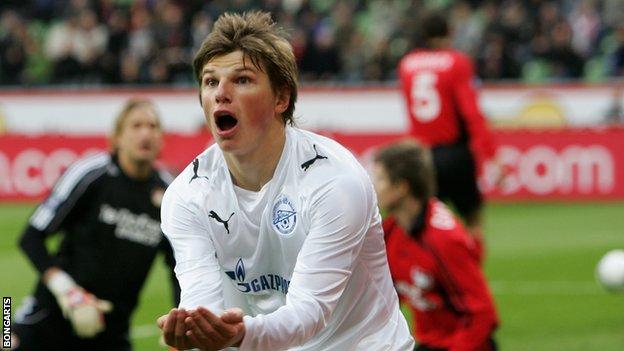 Arshavin, 32, moved to the Emirates for a reported £15m in January 2009, but was one of 14 players not offered a new contract by the Gunners this summer.

The Russian spent five years in England, although he moved to Zenit on loan for a second spell in 2012.

"One of the best footballers in Russia of the last decade is returning to his home city," Zenit said in a statement.

Arshavin made his debut for Zenit in August 2000 in a 3-0 away win over Bradford City in the Intertoto Cup.

Arshavin enjoyed a lot of success during his nine-year spell at the club, including winning the Uefa Cup in 2008 with a 2-0 win over Rangers.

But after starring in Russia's run to the semi-finals of Euro 2008, Arshavin failed to live up to expectations at Arsenal.

He scored 31 goals for the London club but played just 80 minutes in the Premier League last season, with his solitary goal coming in the 6-1 win over Coventry in the Capital One Cup.

He will officially join Zenit on 1 July, with the club looking to regain the Russian Premier League title after losing it to CSKA Moscow last season.