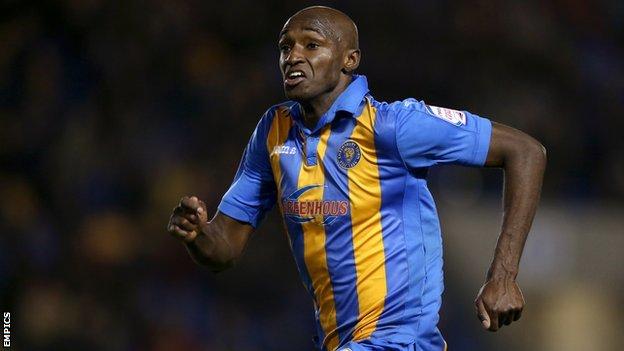 Plymouth Argyle have signed striker Marvin Morgan on a two-year deal following his release by Shrewsbury.

The 6'4" striker joined Shrewsbury from Aldershot, who paid a club record fee to take him from Woking upon their return to the Football League in 2008.

He is the second forward to commit his future to Home Park for 2013-14, following Reuben Reid's loan deal.