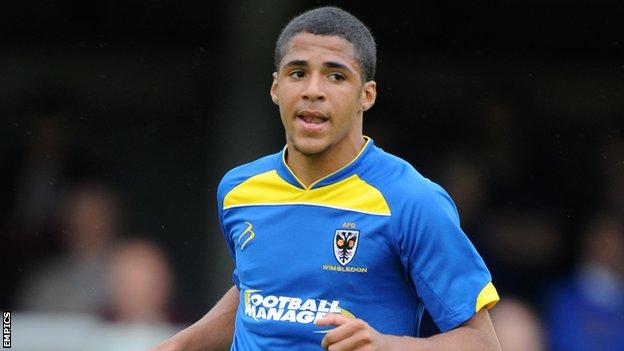 The 19-year-old midfielder scored one goal in six appearances last season, but did not feature after November.

"We had a very honest conversation in which we discussed Frankie's options and what would be best for both parties," Dons boss Neal Ardley said.

"We agreed that it would be best for Frankie's future for him to go elsewhere for first-team football."

He continued: "We felt that first-team football was not going to be available to Frankie for next season and that the development squad would not be for him either because he has already been out on loan and played senior football."