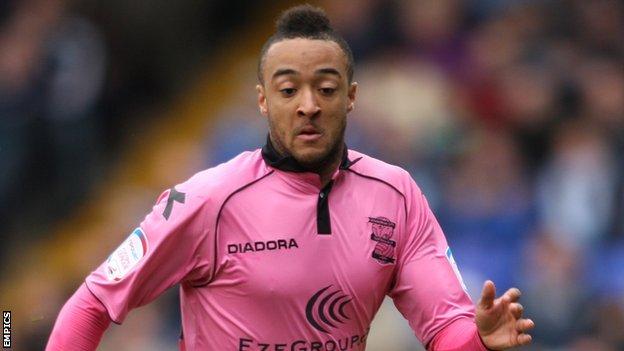 According to reports, the 19-year-old, who played under Hughton at St Andrew's, is set to join the Canaries.

"What I can tell you is that he is a player we have a strong interest in," Hughton told BBC Radio Norfolk.

"The speculation would be natural because he is somebody I worked with at Birmingham. There's always going to be an interest in good players," he added.

"When there's something to say we will do."

During his one season as Blues manager Hughton handed Redmond his first senior start in August 2011.

And he played 42 times for the Championship side last season to earn an end-of-season call-up to the England Under-21 squad for the European Championship.

Meanwhile, Hughton has said that he does not expect England keeper John Ruddy to leave Carrow Road.

The 26-year-old once-capped international has been linked with Premier League rivals Chelsea.

"In some ways you don't want interest in your players," said Hughton, "but it means the players must be doing something right,

"We want to keep our best players here and John falls into that category.

"He's the type of goalkeeper that wants to be playing. He's been included in England squads and, once that happens, you want it to continue.

"He's a goalkeeper we very much want to keep here and we see him as part of our plans."