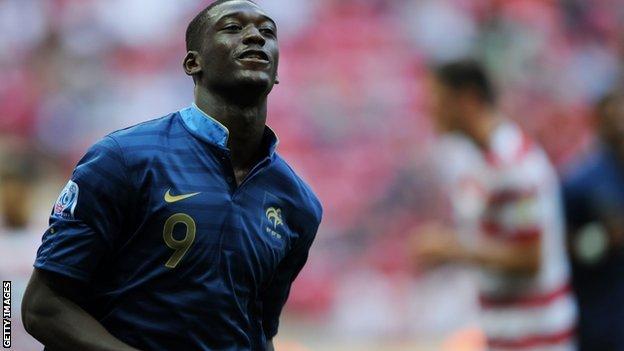 He joins the Premier League club after becoming a free agent when his contract with the Ligue 2 outfit expired.

Sanogo, who scored 11 goals in 24 appearances for Auxerre, is currently with France at the Fifa Under-20 World Cup in Turkey.

He scored twice in the group stages to help his side through to the last 16, where they face the host nation.

Arsenal boss Arsene Wenger said: "Sanogo is a good young signing for us.

"He has shown he has potential with his recent performances for Auxerre and also for the France Under-20 side.

"We are looking forward to Yaya joining us and continuing his promising development."

Sanogo joined Auxerre as a 14-year-old. The Gunners have not revealed the length of his contract.