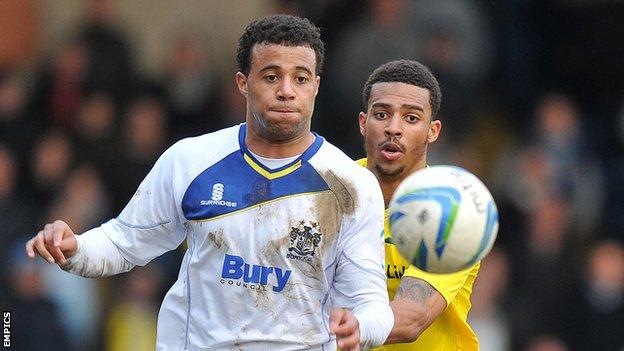 Midfielder Tom Soares has signed a two-year deal with League Two side Bury.

The Shakers were at the end of last season because of their ongoing financial difficulties.

initially at Gigg Lane, and was later

He made 24 appearances for the club in all competitions, but was unable to prevent them being relegated from League One.