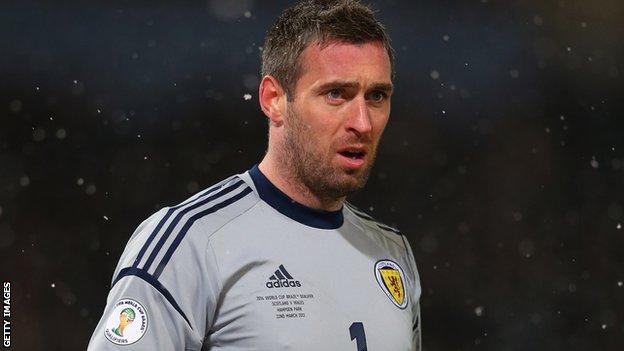 McGregor, who has signed a three-year deal, has 29 international caps for Scotland.

The 31-year-old told the club website: "I'm really excited to be here and I'm happy that everything is done now.

"This is a great chance for me to play in the Premier League and I'm looking forward to the season ahead."

McGregor made over 200 appearances for Rangers before moving to Turkey in July 2012.

He will meet his new team-mates for the first time later this week, when City's pre-season training gets under way.

"I've had a few chats with the manager here and I really had belief and confidence in what he was saying about the club," said McGregor.

"The chance to play in the Premier League is also a massive thing and I can't wait to get started here.

"I got a call a while ago about the interest from Hull City and things progressed from there. I kept an eye on what was going on back here while I was playing in Turkey and I actually watched the last few minutes of Hull City's game against Cardiff on the final day of the season.

"Now we've got the excitement of the Premier League to look forward to. I've seen we're playing Chelsea in our first game and that is a game I'm sure everybody will be looking forward to."

In 2009 McGregor and then Rangers team-mate Barry Ferguson were banned from international selection by the Scottish Football Association after being photographed making 'V' signs while sitting among the substitutes during Scotland's World Cup qualifying match against Iceland.

The pair had been dropped by Scotland manager George Burley after participating in an early-hours drinking session at the team hotel following a 3-0 loss in the preceding match, against the Netherlands in Amsterdam.

McGregor apologised and the following year was recalled. He has been Scotland's first choice goalkeeper ever since.